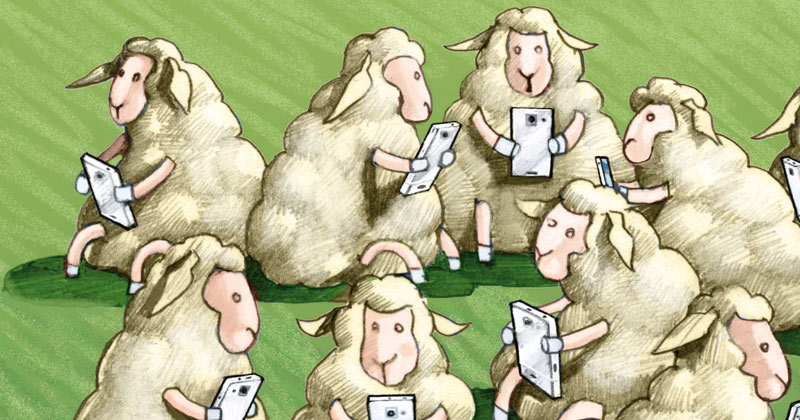 Social media already operates much like the Chinese social credit score system by “rewarding” good behavior with “likes” and “retweets” while punishing “unacceptable” viewpoints through deplatforming and censorship.

Enacted in 2014, China’s “social credit score” is a points-based system for all Chinese citizens which punishes behavior deemed “unacceptable” by the Chinese government.

Through the use of high-tech surveillance, the Chinese government docks points from individual citizens for “improper” behavior, including buying too many video games, supporting Tibetan Buddhism, criticizing the government or even failing to sweep the sidewalk outside their residence or place of business.

“Punishments can be harsh, including bans on leaving the country, using public transportation, checking into hotels, hiring for high-visibility jobs, or acceptance of children to private schools,” reported Fast Company. “It can also result in slower internet connections and social stigmatization in the form of registration on a public blacklist.”

In July alone, the Chinese government said it banned over 2.5 million “discredited entities” from travel on airlines and rail due to having low social credit scores.

Social media operates in much as the same way by “rewarding” users with “likes” and “retweets” for virtue signaling – and by blacklisting users for behavior deemed “unacceptable” by the tech giants.

“What I don’t like is the constant posturing that goes on there,” YouTuber PewDiePie said about Twitter not long before deactivating his account. “People just can’t seem to help themselves by pointing out what is ‘good’ and what is ‘bad’ – and how others are ‘bad’ and you are ‘good.’”

And while he understands the herd mentality that comes with social media, PewDiePie says he doesn’t like how it’s rewarded.

“Through social media we get likes, we get engagement by boasting about certain things,” he continued. “…You get rewarded for saying things that make you seem virtuous, rather than acting on it.”

“This explains why [Twitter] has become such as cesspool of opinion, and how more often than not the people who boast about being virtuous often reveal to be hiding the fact that, through action, they are not.”

And, much like how Chinese citizens put out a “false front” to appease the government, social media has become an echo chamber in which the dominant viewpoints don’t reflect what’s actually popular in real life.

The recent UK election is a great example of this because the Labour Party lost in a electoral bloodbath not seen in decades despite its platform being over-represented on social media by thousands of blue-checkmark “influencers,” many of whom were retweeted thousands of times for insulting the very voters they were trying to attract.

This “echo chamber” phenomenon is aided by the fact that we experience a feeling of pleasure thanks to our brains releasing dopamine when we get “likes” on social media.

That in turn persuades people to put on a “false front” by saying things that will gain them retweets and followers but isn’t reflective of their true selves – or of reality in general, which often isn’t as rosy as people want to believe.