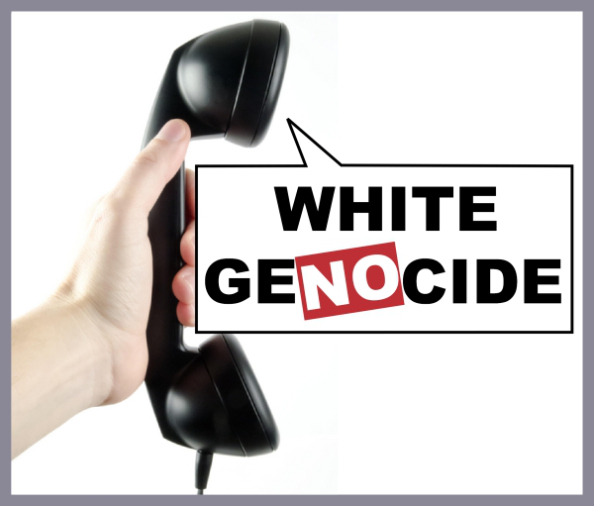 “The perception that mass shootings are a “white man’s problem” lingers around the country because white mass shooters tend to get more publicity. And, the twisted young male who goes on a public shooting spree fits a certain kind of media narrative. But when we actually study the mass shootings that took place in 2019, it’s clear that Patrick Crusius and Connor Betts are not the norm, but aberrations.

“Mass shooters have no particular ideology. Crusius and Betts were opposites ideologically. (Though both cared deeply about the environment.) Nor are mass shooters a white problem or a black problem. Over the same bloody weekend, William Patrick Williams, who is African-American, appeared in court after being arrested by the FBI for planning to shoot up a Texas hotel with an AK-47 rifle.

“Looking at the data from the Mass Shooting Tracker, widely utilized by the media, as of this writing, of the 72 mass shooters, perpetrators in shootings that killed or wounded 4 or more people, whose race is known, 21 were white, 37 were black, 8 were Latino, and 6 were members of other groups.

White South Africans believe that Genocide is in their future. Next month a delegation of South African white people is coming to Washington in an effort to secure US diplomatic support to ward off what they fear is black preparation for a genocidal war against the white citizens of South Africa.

In 1994 the white South African government turned over power to the blacks. For some years the political situation was stable under president Nelson Mandela and the influence of Bishop Desmond Tutu. But as time passed their successors became more radical and less reasonable. In part radicalization stemmed from economic corruption and mismanagement. Unable to meet the expectations of blacks that black government would mean a better economic life, black political leaders sharpened their rhetoric against whites. Other tribes resented the one party rule of the ANC. Another black political party rose and competed with the ANC on the grounds that they hated whites more and would redistribute more from the white citizens than the ANC. To keep its hold the ANC had to match the threats against the white South Africans. Brutal and horrific attacks on white farm families have exploded, and a policy of expropriation of white-owned farms without compensation is being pushed through the government. A leader of the ANC’s armed wing is calling for young blacks to join training camps in preparation for the civil war against whites. Calls for taking up arms against the white citizens are increasing. Calls for cleansing South Africa of whites are words of popular songs and are ever present at political rallies.

In the United States white people are also being demonized. For the entirety of his academic life Noel Ignatiev, a son of Jewish immigrants from Russia, campaigned for whiteness to be abolished. Originally, he seemed to mean that race is merely a social construct and that whiteness conveyed privilege. But people less inclined to abstract thought understood this to mean to get rid of white people. This is the direction in which the attack on white people has gone as we will presently see. Unless this article— https://diversitychronicle.wordpress.com/2013/11/18/progressive-professor-urges-white-male-students-to-commit-suicide-during-class/ —is a parody on Ignatiev, he himself has come around to the view that white people don’t deserve to live, are a cancer, and should kill themselves. “The goal of destroying the white race is simply so desirable, it boggles the mind trying to understand how anyone could possibly object to it.”

Another Jew, Jason Blum, has produced a movie for NBC Universal titled “The Hunt.” It is about members of the American elite hunting and killing Trump Deplorables for sport. This is propaganda that accustoms people to murdering the white working class. Commentators have pointed out that it is similar to the Nazi demonization of Jews that led to their deportation from Western Europe and many deaths.

For anyone capable of thought, Ignatiev’s view that whiteness conveys privilege cannot be reconciled with the portrayal in a movie of whites as game to be hunted like deer.

In the Unz Review Boyd D. Cathey shows how the media is transforming mass shootings into the work of racist “white supremacists” even though the official statistics show that most mass shooters are not white and few of the white shooters identify as “white supremacists.” The facts are intentionally disregarded, because the agenda is to demonize white people in order to create hatred of them and President Trump. Cathey concludes that in America the war against whites has begun. It is being led by self-hating whites. Although they are not ready to take Ignatiev’s advice and kill themselves, they are willing to kill the rest of us. http://www.unz.com/article/the-shootings-the-stats-and-the-violent-war-against-the-deplorables/

I am surprised that the extraordinary hatred that the white media is orchestrating against white President Trump hasn’t resulted in the Secret Service knocking on doors and interviewing those spewing the hate about their intentions toward President Trump. In former times, the kind of hatred directed against Trump would have been regarded as threats or encouragement of threats against the president.

In the 1970s Bertram Wolfe, a founding member of the Communist Party of America, told me that communists spoke violently of those they intended to eliminate and identified them with snakes, vermin, and other creatures that ordinary people were accustomed to killing. Wolfe said that the characterization of people as snakes and vermin made killing them more acceptable. I knew what he meant as I once had a communist propaganda poster that gave the bankers and capitalists being rounded up the faces of rats and pigs. This is now being done to “whites.”

White people are too insouciant to realize that they are being set up for future genocide. Here is what Reza Aslan, a TV host and professor at the University of California has to say about white people:

Where is “white privilege” when a refuge from Iran can call for the eradication of President Trump and everyone who elected him and remain a University of California professor and TV host? Isn’t Reza Aslan a terrorist? He is calling for the President of the United States and half of the US population to be killed. Doesn’t this deserve investigation? How can a gun owner be investigated if a terrorist like Aslan is not investigated? Aslan hasn’t even been censored by Twitter.

Insouciant white people can learn what is being prepared for them by reading Matt Bracken in American Partisan: https://www.americanpartisan.org/2019/08/the-lefts-america-hating-murder-pornographer/