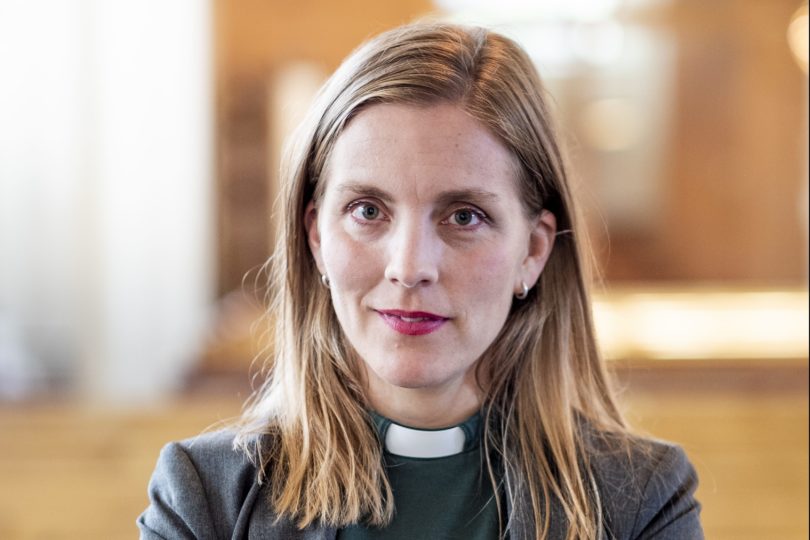 The mainstream media have ensured very few people know the detail of the “case” against Julian Assange in Sweden. The UN Working Group ruled that Assange ought never to have been arrested in the UK in the first place because there is no case, and no genuine investigation. Read this and you will know why.

The other thing not widely understood is there is NO JURY in a rape trial in Sweden and it is a SECRET TRIAL. All of the evidence, all of the witnesses, are heard in secret. No public, no jury, no media. The only public part is the charging and the verdict. There is a judge and two advisers directly appointed by political parties. So you never would get to understand how plainly the case is a stitch-up. Unless you read this.

There are so many inconsistencies in Anna Ardin’s accusation of sexual assault against Julian Assange. But the key question which leaps out at me – and which strangely I have not seen asked anywhere else – is this:

Why did Anna Ardin not warn Sofia Wilen?

On 16 August, Julian Assange had sex with Sofia Wilen. Sofia had become known in the Swedish group around Assange for the shocking pink cashmere sweater she had worn in the front row of Assange’s press conference. Anna Ardin knew Assange was planning to have sex with Sofia Wilen. On 17 August, Ardin texted a friend who was looking for Assange:

“He’s not here. He’s planned to have sex with the cashmere girl every evening, but not made it. Maybe he finally found time yesterday?”

Yet Ardin later testified that just three days earlier, on 13 August, she had been sexually assaulted by Assange; an assault so serious she was willing to try (with great success) to ruin Julian Assange’s entire life. She was also to state that this assault involved enforced unprotected sex and she was concerned about HIV.

If Ardin really believed that on 13 August Assange had forced unprotected sex on her and this could have transmitted HIV, why did she make no attempt to warn Sofia Wilen that Wilen was in danger of her life?And why was Ardin discussing with Assange his desire for sex with Wilen, and texting about it to friends, with no evident disapproval or discouragement?

Ardin had Wilen’s contact details and indeed had organised her registration for the press conference. She could have warned her. But she didn’t.

Let us fit that into a very brief survey of the whole Ardin/Assange relationship. .

11 August: Assange arrives in Stockholm for a press conference organised by a branch of the Social Democratic Party. Anna Ardin has offered her one bed flat for him to stay in as she will be away.

13 August: Ardin comes back early. She has dinner with Assange and they have consensual sex, on the first day of meeting. Ardin subsequently alleges this turned into assault by surreptitious mutilation of the condom.

14 August: Anna volunteers to act as Julian’s press secretary. She sits next to him on the dais at his press conference. Assange meets Sofia Wilen there.

‘Julian wants to go to a crayfish party, anyone have a couple of available seats tonight or tomorrow? #fb’

This attempt to find a crayfish party fails, so Ardin organises one herself for him, in a garden outside her flat. Anna and Julian seem good together. One guest hears Anna rib Assange that she thought “you had dumped me” when he got up from bed early that morning. Another offers to Anna that Julian can leave her flat and come stay with them. She replies: “He can stay with me.”

15 August, two days after she claims Assange sexually assaulted her, Anna is still at the crayfish party with Julian, she tweets:

Julian and Anna, according to both their police testimonies, sleep again in the same single bed, and continue to do so for the next few days. Assange tells police they continue to have sex; Anna tells police they do not. That evening, Anna and Julian go together to, and leave together from, a dinner with the leadership of the Pirate Party. They again sleep in the same bed.

16 August: Julian goes to have sex with Sofia Wilen: Ardin does not warn her of potential sexual assault. Another friend offers Anna to take over housing Julian. Anna again refuses.

20 August: After Sofia Wilen contacts her to say she is worried about STD’s including HIV after unprotected sex with Julian, Anna takes her to see Anna’s friend, fellow Social Democrat member, former colleague on the same ballot in a council election, and campaigning feminist police officer, Irmeli Krans. Ardin tells Wilen the police can compel Assange to take an HIV test. Ardin sits in throughout Wilen’s unrecorded – in breach of procedure – police interview. Krans prepares a statement accusing Assange of rape. Wilen refuses to sign it.

21 August: Having heard Wilen’s interview and Krans’ statement from it, Ardin makes her own police statementalleging Assange has surreptiously had unprotected sex with her eight days previously.

Some days later: Ardin produces a broken condom to the police as evidence; but a forensic examination finds no traces of Assange’s – or anyone else’s – DNA on it, and indeed it is apparently unused.

No witness has come forward to say that Ardin complained of sexual assault by Assange before Wilen’s Ardin-arranged interview with Krans – and Wilen came forward not to complain of an assault, but enquire about STDs. Wilen refused to sign the statement alleging rape, which was drawn up by Ardin’s friend Krans in Ardin’s presence.

It is therefore plain that one of two things happened:

Ardin was sexually assaulted with unprotected sex, but failed to warn Wilen when she knew Assange was going to see her in hope of sex.

Ardin also continued to host Assange, help him, appear in public and private with him, act as his press secretary, and sleep in the same bed with him, refusing repeated offers to accommodate him elsewhere, all after he assaulted her.

Ardin wanted sex with Assange – from whatever motive. She “unexpectedly” returned home early after offering him the use of her one bed flat while she was away. By her own admission, she had consensual sex with him, within hours of meeting him.

She discussed with Assange his desire for sex with Wilen, and appears at least not to have been discouraging. Hearing of Wilen’s concern about HIV after unprotected sex, she took Wilen to her campaigning feminist friend, policewoman Irmeli Krans, in order to twist Wilen’s story into a sexual assault – very easy given Sweden’s astonishing “second-wave feminism” rape laws. Wilen refused to sign.

At the police station on 20 August, Wilen texted a friend at 14.25 “did not want to put any charges against JA but the police wanted to get a grip on him.”

At 17.26 she texted that she was “shocked when they arrested JA because I only wanted him to take a test”.

The next evening at 22.22 she texted “it was the police who fabricated the charges”.

Ardin then made up her own story of sexual assault.As so many friends knew she was having sex with Assange, she could not claim non-consensual sex. So she manufactured her story to fit in with Wilen’s concerns by alleging the affair of the torn condom. But the torn condom she produced has no trace of Assange on it. It is impossible to wear a condom and not leave a DNA trace.

I have no difficulty in saying that I firmly believe Ardin to be a liar. For her story to be true involves acceptance of behaviour which is, in the literal sense, incredible.

Ardin’s story is of course incredibly weak, but that does not matter. Firstly, you were never supposed to see all this detail. Rape trials in Sweden are held entirely in secret. There is no jury, and the government appointed judge is flanked by assessors appointed directly by political parties. If Assange goes to Sweden, he will disappear into jail, the trial will be secret, and the next thing you will hear is that he is guilty and a rapist.

Secondly, of course, it does not matter the evidence is so weak, as just to cry rape is to tarnish a man’s reputation forever. Anna Ardin has already succeeded in ruining much of the work and life of Assange. The details of the story being pathetic is unimportant.

By crying rape, politically correct opinion falls in behind the line that it is wrong even to look at the evidence. If you are not allowed to know who the accuser is, how can you find out that she worked with CIA-funded anti-Castro groups in Havana and Miami?

Finally, to those useful idiots who claim that the way to test these matters is in court, I would say of course, you are right, we should trust the state always, fit-ups never happen, and we should absolutely condemn the disgraceful behaviour of those who campaigned for the Birmingham Six.