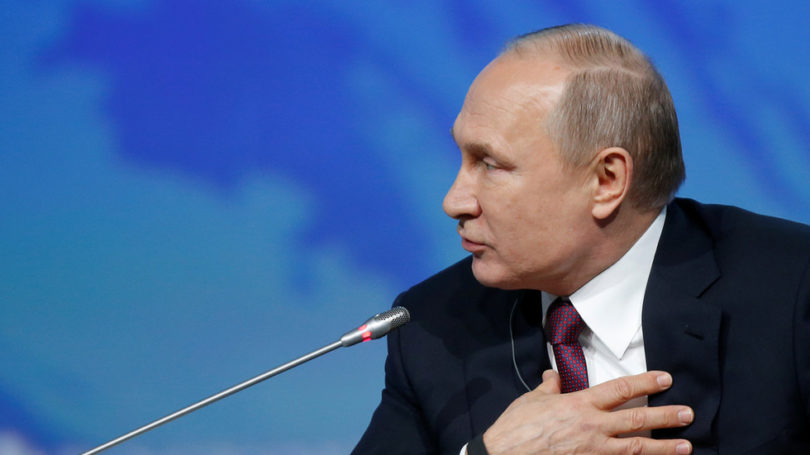 The investigation by Robert Mueller was only aimed at home consumption and revealed a crisis in the US political system, Vladimir Putin said in his first comment on the probe, which found no collusion between Trump and Russia.

“This is complete nonsense, which was only aimed at a domestic audience [in the US],” the Russian president said on the investigation, which topped the headlines in the mainstream media for months, but turned-out fruitless.

“Such attacks on Trump are elements of a crisis in the political system of the US,” he added.

There’s an evident divide among the US elites as “the party interests are put ahead of those of the nation and society,” Putin explained.

Putin said that “from the start, we said that Mr Muller’s notorious commission is not going to find anything.”

“We knew better than anybody – Russia has never interfered with any US election. There was no collusion between Trump and Russia that Mueller” was investigating.

The Mueller probe has caused much fuss but predictably did not find any evidence to prove Donald Trump colluded with Russia, Vladimir Putin has said, sarcastically likening it to a “mountain bringing forth a mouse.”

“We said from the very beginning that this Mueller commission will find nothing because we know it better than anyone: Russia did not meddle in any US election, there was no collusion between [US President Donald] Trump and Russia that Mr. Mueller was looking for,”Putin told the International Arctic Forum on Tuesday.

Taking a lighter tone, the president said that the outcome was predictable, likening it to “a mountain that has brought forth a mouse.”

According to Putin, US President Donald Trump “knows better what witch hunts are.” This was “a dark chapter in American history,” and no one wants to see it “come back.”

The long-awaited report from the Mueller probe was submitted in late March to Attorney General William Barr. The inquiry specifically targeted alleged collusion between Trump’s 2016 presidential campaign team and Moscow. However, its key conclusions mentioned no evidence of a conspiracy.