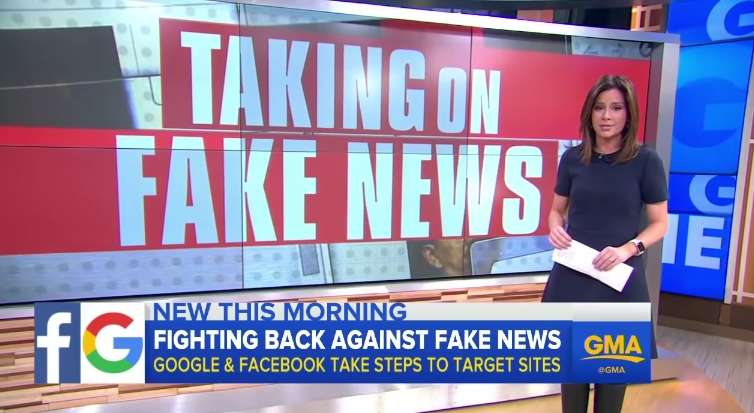 Der Spiegel, one of Germany’s top news outlets, just said goodbye to one of their blue ribbon reporters and suspended two editors, after a shocking investigation. Claas Relotius, a top reporter who’s won multiple awards, has been revealed as fraud who “invented” stories in at least 14 of his 60 published Der Spiegel articles. In the aftermath, two editors are now also facing the chopping block.

Claas Relotius is not the first member of the establishment media to have conjured up a story; there is a laundry list of mainstream media puppets who’ve taken the news into their own hands. The New York Times, U.S.A. Today, CNN and countless other organizations have been called out for their peddling of false information.

“The New York Times had Jayson Blair, who faked dozens of articles and interviews over the years. U.S.A. Today had Jack Kelley, who made up sensational stories about events he had not witnessed and places he had not seen. In both cases, the editors were forced to resign,” Josef Joffe writes for Politico.

CNN has even admitted to promoting fake data about guns and refusing to correct mistaken comments. In just 2018 alone, there were multiple incidents of the media purposely spreading phony stories to promote their agenda. Indeed, fake news is an unfortunately common phenomenon — and it is increasingly obvious that even the most highly regarded media outlets are not immune to this fact.

Award-winning journalist found to be a fraud

Claas Relotius may have won Germany’s esteemed Reporterpreis award four times, but the fact that he “invented” no fewer than 14 of his published articles is what people are going to remember him by. While a small number of people had grown suspect of Relotius’s work over the years, it was his hit piece on a small Minnesota town that put the nail in his professional coffin. As Politico reports:

In This Small Town” — a 7,300-word story about Fergus Falls, where “people pray for Donald Trump on Sundays,” confirmed what we all “know.” It was a tableau of “red-neck” America — a gun-toting, intolerant, anti-immigrant and irrationally religious nation.

The fact-checking work of two Fergus Falls citizens revealed this to be a fabrication. Not only does Relotius’ starring character, city administrator Andrew Bremseth, not carry a Beretta 9mm to work, he doesn’t even own one. Neither does the town have a sign that reads “Mexicans stay out.”

The residents concluded that Relotius’s “report” was nothing more than an attempt at capitalizing on “an ugly and exaggerated stereotype.” The news of this scandal ultimately uncovered the fact that Der Spiegel‘s top writer had fabricated the details of over a dozen stories. He has since resigned, according to reports.

In the wake of Relotius’s fake news snafu, the contracts of  two senior editors have also been suspended. Ullrich Fichtner, an editor in chief, and Matthias Geyer, a chief editor, will be on suspension until the publication’s internal investigation has been completed. Whether or not the two will continue their employment with Der Spiegel after this shocking scandal remains undetermined.

The German magazine has often prided itself on having the best fact-checkers in the business, but as we’ve seen time and time again, even fact-checkers are not infallible. The mainstream media has been inundated with fake news, hoaxes and phony data — but the truth always comes out eventually.

See more coverage of the media’s lies at Faked.news.

Sources for this article include: