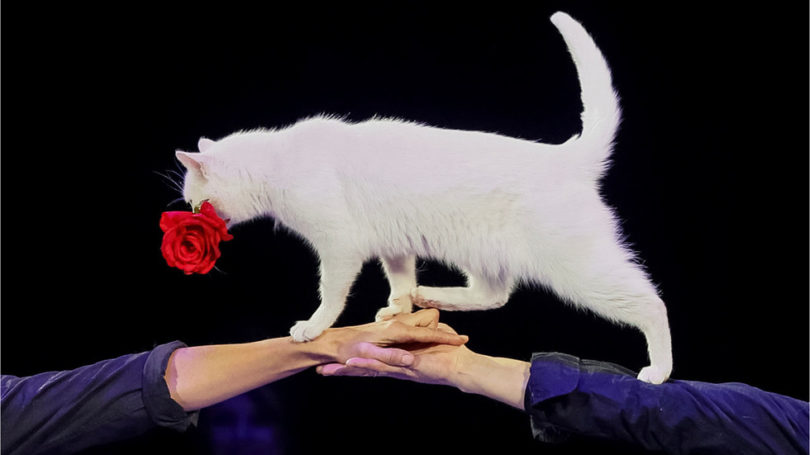 Facebook has added “praise, support, and representation of white nationalism and white separatism” to its content blacklist, claiming these are “deeply linked” to organized hate groups and setting up mini online reeducation camps.

After speaking with “experts on civility and race relations,” Facebook announced it had determined that white nationalism and separatism “cannot be meaningfully separated from white supremacy and organized hate groups.” While admittingthat not all of these experts thought this was a good idea, the social media platform seems to think this is the only way to stop neo-Nazis from goose-stepping all over the News Feed.

Facebook has censored “white supremacist” content for as long as it’s had a “hate speech” policy, but claims it didn’t bring the hammer down on the lesser sins of white-pride “because we were thinking about broader concepts of nationalism and separatism – things like American pride and Basque separatism, which are an important part of people’s identity.” That’s a relief – wouldn’t want anyone being patriotic without Facebook’s permission!

The timing of the policy is highly suspect, however, with the US Department of Housing and Urban Development slamming Facebook for discriminating on the basis of race, color, religion, and other variables in its targeted advertising. Virtue-signaling about white nationalism is a great way to take the focus off the platform’s own casual racism.

Users who merely attempt to search for the blacklisted material won’t be banned out of hand, as Facebook apparently believes they can still be salvaged through reeducation. As of next month, searching blacklisted keywords will send users to Life After Hate, a group founded by former members of extremist groups that counsels people trying to leave these groups.

If that process sounds familiar, it’s because Google launched this program (called Project Redirect) in conjunction with Next Gen Foundation back in 2016 after a successful pilot run aimed at ISIS-type jihadi/terrorist content. Users who typed terrorism-related terms into the search engine were connected with content made to discourage them from further radicalization, targeted by “peer counselors” posing as random forum members – and, in many cases, their names were turned over to law enforcement. White supremacists, media coverage of Redirect promised, were next.

While Facebook hasn’t said it will be sharing the names it redirects with police, its history of turning personal information over to authorities for far less compelling reasons – and this new policy has Facebook outlawing merely searching “white nationalism” (what happened to research? curiosity?) – does not bode well for profiles hoovered up in the AI dragnet. When Facebook responds to a subpoena, it gives the authorities everything – every search, every friend, every message, even (especially) those that have been deleted. With New Zealand threatening its citizens with 10 years in prison for sharing the video of the Christchurch massacre, an off-color joke or clicking on the wrong link could have serious real-world consequences.

Obsessing over the symptom while ignoring the disease

Facebook is more concerned with the appearance of fighting ‘white nationalism‘ than the reality, as evidenced by the phrases they use to illustrate the new policy, which include: “Immigration is tearing this country apart; white separatism is the only answer.”

What if a user merely types “immigration is tearing this country apart” and leaves off the second half? Where do sarcasm and parody fit in here? Facebook seems to have heard the censorship mating call of the EU’s Article 13 – which requires platforms to pre-filter content or assume all legal liability for what is posted – and rushed its algorithm out to meet the needs of regulators whose enthusiasm is not yet matched by their technological capability.

The social media behemoth admits it won’t be immediately censoring “implicit and coded” white nationalism, since its AI can “only” catch 50 percent of the most egregiously racist content before other users see it. As WaPo laments, “such harmful, extremist content still can go viral” – and as they forget to lament, such ham-handed censorship merely prompts those determined to spread “hate” to get creative in order to find ways around the censorship. If Facebook’s goal is to breed smarter white nationalists, or to push white separatists to take their discussions to the streets, this is a great policy. It’s not like encouraging angry white men to publicly air their racial grievances has ever ended badly before!

Groups like the SPLC are fully aware of the unintended fallout from censorship, as Keegan Hankes admitted to Motherboard in a brief candid moment. “The only time you seem to be able to get a serious response out of these people is when there’s a tragedy,” he said.