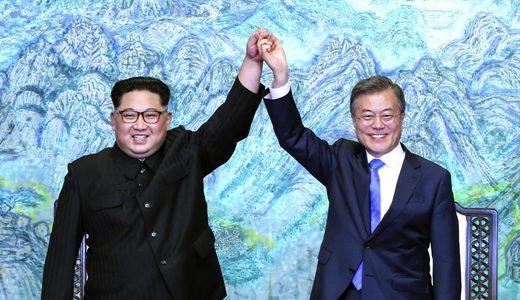 While few people are thinking about the 2032 Olympic Games, possible host cities are already preparing to tender their bids to host the event. As South Korea has hosted two Olympic Games (Summer of 1988 and Winter of 2018), Seoul will tender a bid to host its second summer Games in the year 2032. However, the story does not end there.

During the 2018 Olympics in Pyeongchang and the Asia Games that same year held in Jakarta and Palembang, Korea sent a unified team which marched under the politically neutral flag of the entire Korean peninsula. Now, authorities in Seoul are suggesting that should South Korea win a bid to host the 2032 Games, it will be co-hosted with a DPRK (North Korean) city, ostensibly Pyongyang.

Even if Korea does not end up hosting the Games in 2032, the joint bid being pushed by Seoul is indicative of how Koreans envisage their medium term future. For all intents and purposes, the key elements of the current peace process, namely de-nuclearisation, will likely be completed by 2032 whilst if current trends continue, relations between Pyongyang and Seoul will continue to expand.

Therefore, more than just a goodwill gesture, South Korea’s insistence that the DPRK be involved in its possible hosting of an Olympic Games is demonstrative of a pan-Korean confidence in the peace process as well as a sense of optimism regarding the future of a shared Korean destiny.

As this announcement comes a fortnight prior to Donald Trump’s next summit with Kim Jong-un, to be held in Hanoi, Seoul has yet again used its nuanced diplomacy to signal to the United States and others that for Koreans themselves, the peace process is moving in the right direction.

The timing of the Olympic announcement is therefore further indicative of how vital a role the South Korean government has played throughout a peace process which at times has unfortunately reminded the world of occasional suspicions that still exist between Washington and Pyongyang, in spite of the apparently warm relationship between Kim Jong-un and Donald Trump.

While Kim Jong-un was the first to extend an olive branch of peace to the South on New Years Day 2018, the peace minded, level headed, intelligent and moderate South Korean President Moon Jae-in deserves an equal amount of credit for not just grabbing Kim’s olive branch but for running with it along side his fellow Korean leader. Moon’s rise to power was not an easy one. It has been revealed that in 2012, the far-right Park Geun-hye colluded with the domestic intelligence agencies to rig the Presidential election in her favour. Yet Park’s gross corruption resulted in the largest ever peaceful anti-government demonstrations in Korean history.

Park was eventually impeached and imprisoned which led to a special election in 2017 which saw the rise of Moon to the Blue House. While Park once wickedly conspired to assassinate the leader of the DPRK, Moon inspired Kim Jong-un to think about building a better and brighter future on a collective and fraternal basis. As Moon ended his predecessor’s policy of hostility towards fellow Koreans, Kim responded in kind and the result has been nothing short of breathtaking.

Throughout the peace process, Moon’s government has been the one constant in pushing both Pyongyang and Washington towards a position of compromise, understanding and in the case of the US in particular, one which respects Korean dignity as a whole, in spite of elements of lingering hawkishness from the American side.

While the US and DPRK are almost certainly in the midst of finalising arrangements for the forthcoming Hanoi summit with the Vietnamese authorities, South Korea has helped to assure the wider world that from the Korean perspective, the peace process will not be allowed to fail. For Koreans, no one on either side of the rapidly demilitarising DMZ wants to return to the past. By looking ahead to a possible joint Olympic Games in 2032, this commitment is showing signs of medium and by extrapolation, long term endurance.