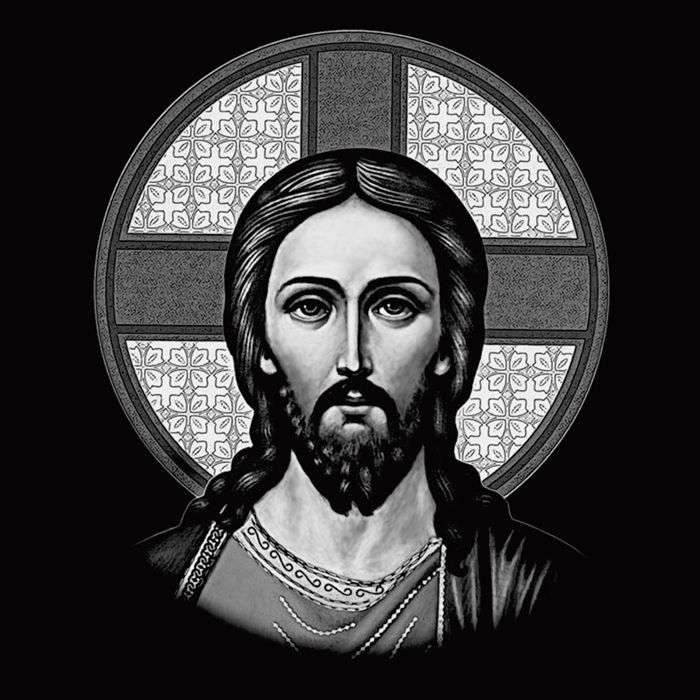 St. John the Apostle begins his Gospel with this telling sentence:

“In the beginning was the Word (o logos), and the Word (o logos) was with God, and the Word (o logos) was God. He was in the beginning with God; all things were made through him, and without him was not anything made that was made.”
Jesus Christ is the Logos. The last line is important. All of creation was made through Jesus Christ. What does Genesis say? That God S-P-O-K-E all of creation into being! At that time, the word ‘Logos’ was a Greek philosophical term. The philo dorian Greek philosopher Heraclitus from the 5th century B.C. writes:
“Although this Logos is eternally valid, yet men are unable to understand it…all things come to pass in accordance with this Logos.” (Wheelwright, 69)
“Wisdom is one–to know the intelligence by which all things are steered through all things.” (Wheelwright, 79)

Many people believe that the Old Testament is the first revelation. That is erroneous. There were three revelations; the first Revelation of God is Nature herself. Then came the Old Testament, and then, the New Testament. See, many Christians don’t realize this—Nature is a revelation of God. There are two scriptures; Nature is a type of Scripture.
Jesus said, “Man does not live by bread alone but by EVERY word that proceeds out of the mouth of God”. Creation was spoken into being as well. Creation was made, as St. John points out, THRU Jesus Christ! We cannot ignore the teachings of Nature. St. Paul, as a Hellenized Jew, repeats this teaching of St. John in his letter to the Colossians:
(1.16)”…for in him all things were created, in heaven and on earth, visible and invisible, whether thrones or dominions or principalities or authorities, ALL things were created through him and for him.”

Jesus Christ, the Logos, IS inherent in Nature! Nature was created through Him! The order, the principles are seen in nature is the product of Christ the Logos. Nature is the first revelation. One cannot reject the teachings of the Natural Order. Jesus Christ is the Logos, The Wisdom of God. Furthermore, Christ is of dual nature. Christ is Fully God and Fully Man. As Christ is of dual nature, His Logos is of two things.  In the Septuagint, the Ten Commandments in the Greek are labelled “tous deka logous”. (LXX, Ex. 34.28) Jesus Christ is not only the walkin’ talkin’ Ten Commandments but also the “walkin’, talkin’ Old Testament”. Jesus Christ is also the principles and laws found in nature, the Logos:
“How great are thy works, O Lord! in wisdom (Sophia) hast thou wrought them all;…”  (LXX, Psalm 103.24)
The Universe or Cosmos was created through Wisdom. This Wisdom is what built the Cosmos. Embedded in nature is reason. The Doric Greeks saw this and labelled it ‘Logos’.
At the end of the Phaedrus, Socrates says that “…the epithet [of wise] is proper only to a god”. (278d) Socrates continues that a man who pursues this wisdom “would be a “lover of wisdom”, a philo-sophier.
In the Timaeus, Plato teaches that the “nature of the universe…from this source we have derived philosophy”. (§47 a-b) The Natural Law is the basis and foundation of Doric philosophy. Plato writes, “…that we, learning them and partaking of the natural truth of reason [ed. note: the natural law], might imitate the absolutely unerring courses of God and regulate our own vagaries.” (ibid c) The “unerring courses of God” are in nature!
Cicero was trained in Athens in Greek philosophy. This Roman student then captures the mentality of Doric philosophy when he says, “a man was born to contemplate the cosmos and imitate it”. Imitation is central to this “philo-sophia”. It is what “according to nature” means, imitating the cosmos. (Bertenneau quoting Jonas)
The Roman Catholic philosopher Jacques Maritain in his intro writes:
“…observing that wisdom belongs in the strict sense to God alone, and for that reason not wishing to be called a wise man, but simply a friend or lover of wisdom. …philosophy is nothing other than wisdom itself so far as it is accessible to human nature.”
Doric Philosophy, that to which Socrates and Plato and Pythagoras were practising,  is discovering the Logos of the Natural Order (the Logos is the Natural Law or Laws of Nature) and being obedient to it.
What is philosophy?
It literally means the love of wisdom; wisdom being “the knowledge of human and Divine things and their causes” while living a life of rectitude. (LXX, IV Mcc. 1.15-16) It is not wise in itself–but seeks after and discovers that wisdom that God used to create reality, the cosmos.  That ‘Wisdom’ that the Psalmist speaks about is what true philosophy deals with. This is why Plato and Socrates were adamant about the Law. The Law expresses the will of the Logos. Man has a partiality of this logos or man’s logos/reason is deformed. Man is in a sense “saved” when he attaches his mind to that of the Divine Logos. (Wheeler, 2011) As Jesus Christ said, “Man does NOT live by bread alone but by every word that proceeds out of the mouth of God”. The Laws of Nature or Natural Law proceeded out of the mouth of God. This is what philosophy concerns itself with. Philosophy, Doric philosophy deals in only in the Natural Law. Man can NOT live without or deny the Laws of Nature which is one-half of the Logos.
The home of Greek philosophy is the Doric Greeks who lived on the island of Crete and in Laconia, i.e. the Spartans. It is they who were the source for both Socrates and Plato. (Wheeler, 2007) Then, Prof. Jerry Dell Ehrlich, in his book Plato’s Gift to Christianity: The Gentile Preparation for and the Making of the Christian Faith, explicates how Plato and his philosophy formed Hellenistic culture which in turn influenced greatly the formation of the Christian faith. And from the Middle Ages, Roman Catholic intellectuals voiced the common sentiment that Greek philosophy is the handmaiden of theology. (Kreeft)
“For God loveth none but him that dwelleth with wisdom” (LXX, Wisdom, 7.28)