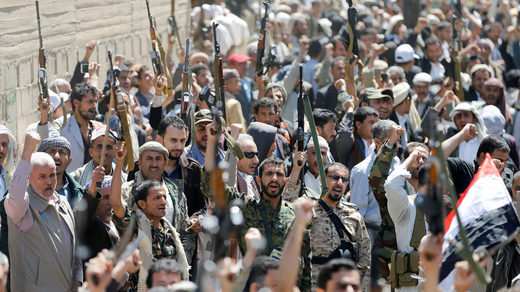 Australian mercenaries on the UAE payroll could face accusations of war crimes in the International Criminal Court for their role in the war in Yemen. The Australian government appears to be unconcerned, FOIA emails reveal.

Last November, French law firm ANCILE Avocats and the Arab Organisation for Human Rights in the UK (AOHR) filed a complaint with the ICC accusing the UAE of war crimes in Yemen. It also said the Gulf state was using foreign mercenaries from countries including Australia and Chile to fight.

The Australian reports that it was only in July that an advisor to Australia’s then-Foreign Minister Julie Bishop began to ask questions about the role Australian citizens are playing in the Yemen war, as revealed in emails released through a Freedom of Information Act request.

“Has anyone heard about this ­previously?” the advisor asked in an email with a link to a blog post about the mercenaries. Staff from the Department of Foreign Affairs and Trade responded, saying there may have been a “vague accusation” made in the past.

In 2015, it was reported that Australian Phil Stitman was killed along with Colombian mercenaries in Yemen. They had been fighting alongside mercenaries from the US company Blackwater at the time. In 2016, reports of another Australian killed emerged in Yemeni media, which identified him as Jack Richardson.

A brief search on Linkedin reveals at least one Australian is working for the Presidential Guard.

The war in Yemen has been wrought with allegations of war crimes, with a recent UN report claiming both the Saudi-led coalition and the Houthis and their supporters are likely to have conducted war crimes.

While Saudi Arabia is at the forefront of accusations, given its lead role in coalition strikes on civilians and hospitals, the UAE has also been found to have engaged in the torture of prisoners in its prisons in Yemen. The Emiratis are at the forefront of the conflict on the ground and were revealed to have hired US mercenaries to run assassination squads targeting Yemeni politicians.

Despite the documentation of alleged war crimes in Yemen, there are limits to how justice can be pursued. Neither Yemen, Saudi Arabia or the UAE fall under the ICC’s jurisdiction because they have not ratified its treaty.

However, by using foreign mercenaries who are from countries that have ratified the ICC, a case for pursuing action could be taken. Although the US has not ratified the ICC treaty, Australia has.