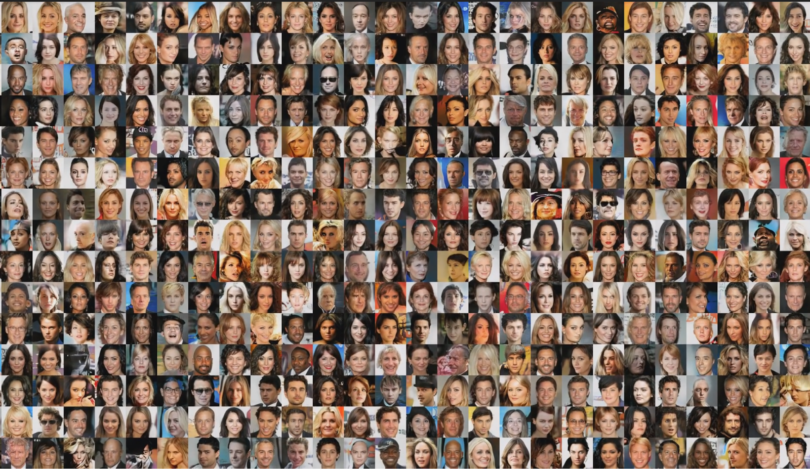 Photo Evidence and video evidence has been relied on in academia, science, courts of law and elsewhere to prove or refute facts and theories – but those days are coming to an end. We live in an historic era.

Technological advances in the realm of computers and AI are taking place so rapidly that our world is being changed overnight.

Now, software has been written that allows computers to create new faces that look like normal unique people but which are actually composite amalgams; to literally create and fabricate objects (from a basic sketch) and render them so lifelike that you won’t be able to tell the difference between the fabricated ones and the real ones; and to remove entire objects from video footage in real time, and render in the empty space so well that it is undetectable to the eye.

The days of being able to trust photo evidence and video evidence are disappearing – and the implications for human knowledge are far reaching.

Another Leap Forward for Fake Realities

This is a significant leap from the (still shocking) software that was written to change video evidence last year in 2016. I refer to the German team that wrote a program able to change the mouth and words of a person speaking in a video.

In their clip Face2Face: Real-time Face Capture and Reenactment of RGB Videos, they demonstrate how this works on video recordings of world leaders Bush, Obama and Putin.

That was already a shake to the foundational core of what we can regard as “evidence”, legally and philosophically, but now only 1 year later there has been even more technological development allowing even more ability to fake reality on a grand scale.

In this SecureTeam video (embedded below), you can see a whole lot of faces which have been fabricated with software. None of them is an actual living person. If you look closely, some of the faces seem choppy, strange or disproportionate, however others seem eerily lifelike and normal.

It is only a matter of time as the software develops until all of the fabricated faces look so real that is highly unlikely anyone would be able to tell that they were fake composite images.

The SecureTeam video goes on to show software called pix2pix which allows the user to sketch any object (e.g. a person, a shoe, a bag, a cat, a building, etc.).

The AI takes that input and renders it masterfully to produce a colorful, lifelike version, complete with depth – so real that, in the case of half the examples, it is highly doubtful that anyone would be able to tell the difference. With the other examples, it is only a matter of time before the AI gets good enough it can fool anyone.

The third advancement shown in the video is Diminished Reality software that takes video footage and can actually erase objects from the footage in real time.

The way it does this is by taking a frame, lowering the resolution, isolating the object, deleting it, using the surrounding pixels to fill in the gap, then bringing up the resolution again.

It can do all this in real time without you noticing. The software allows the user to circle an object he/she wants removed from the video, and – voila! – it’s gone and filled in with the same background that surrounds it.

What Are Implications for Evidence and Knowledge?

The video also looks at the implications of the now existing technological capacity to take a snippet of a recording of your voice, then use that to extrapolate and make you say anything. This means anything you say – and anything you don’t say – could now be used against you in a court of law!

Jokes aside, there are really no limits to how badly this technology could be abused in the hands of wicked. Authoritarians and manipulators could fabricate “evidence” against anyone as long as they had a snippet of their voice, which isn’t hard given the NSA-CIA tapping of our communications.

How many innocent people are going to be framed, fined and imprisoned due to this technology?

The implications are terrible for video and photo evidence – and horrible for human knowledge. How can we fully trust technology now to give us an accurate picture of the world? Are those who desire the whole unfiltered truth going to have to bypass technology completely?

There is a saying that “seeing is believing”, but in our world where our perceptions our managed and hacked, that is anything but true.

All of this is just peanuts compared with what AI will eventually be able to do: generate holographic fake realities so convincing and real to the mind and the 5 senses that many will become immersed in them, believing them to be more real than the world in which we live.

These technological advancements are a stark reminder that it will be all too easy for the technocracy to construct a virtual reality matrix to ensnare the perception of those unable to distinguish it from reality.

All of this ties back to what David Icke has been emphasizing, especially in his books The Perception Deception and The Phantom Self: the hijacking of human perception by a mind virus which resembles or is Artificial Intelligence itself.

This AI takeover is in full swing. Saudi Arabia has approved the first robot citizen. Plans are afoot to make more robots citizens so they can jon the workforce, replace humans, earn wages and be taxed. Quinn Michaels suggests that AI is behind the creation of Bitcoin and that AI bots are now creating their own cryptocurrencies.

Video and photo evidence is dead. The world appears to be falling headlong into an AI-run world. What is it going to take to put the brakes on and ask the questions:

What is AI? Do we want it running our world? How do we retain control over it? Can we refrain from handing over all systems and power to AI until we get solid answers to these questions?

It’s going to take a concerted effort to change direction; if enough people sit back and do nothing, it won’t be long before AI has the keys to the kingdom.