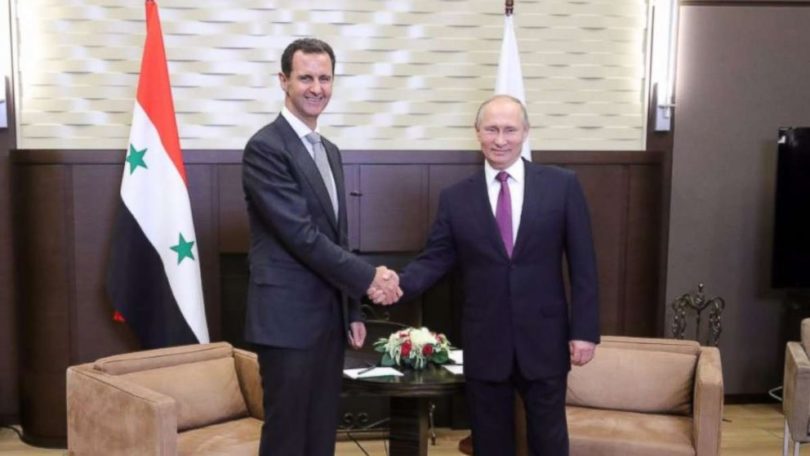 Western media predicted that the Russian military campaign in Syria would end in ‘failure’. That – presumably – has been achieved. Now follows a push of diplomatic efforts to settle the war.

In September 2015 the “west” prepared for an open military aggression on Syria. The purported aim was to fight ISIS and to stop the migrant flow into Europe. The real aim was “regime change”. Russia stepped in by sending its cavalry to Syria:

The U.S., Britain, France and others announced to enter Syrian skies to “fight the terror” of the Islamic State. Russia will use the same claim to justify its presence and its air operations flying from Latakia. Simply by being there it will make sure that others will not be able to use their capabilities for more nefarious means. Additional intelligence from Russian air assets will also be helpful for Syrian ground operations.

The Obama administration was surprised by the Russian (and Iranian) intervention. It had no sensible means to counter it. The administration and the U.S. commentariat tried to hide this impotence by predicting that the Russian campaign would fail.

Obama himself led the pack:

“An attempt by Russia and Iran to prop up Assad and try to pacify the population is just going to get them stuck in a quagmire and it won’t work,” Mr. Obama said during a news conference at the White House on Friday …

As reminder, and for your amusement, an incomplete list of the then published “Russia fails” nonsense:

In October 2015, in the mid of the above propaganda onslaught, the presidents of Russia and Syria met in Moscow. It was a warm meeting despite the NY Times groundless efforts to portrait it as “chilly“. The plans were laid for the military efforts to regain the country. They were successfully implemented. Russia’s “quagmire” in Syria turned out to be A Well Designed Campaign.

The U.S. tried its best to hinder Syrian and Russian progress in the war. But despite Obama’s unrelenting efforts, the Syrian alliance managed to regain control over Aleppo, Palmyra, Deir Ezzor and most of the south-east. The borders to Lebanon and Iraq are open and secured. Russian pressure turned Turkey around. Local ceasefires were arranged in over 2,500 towns and hamlets. The Islamic State is defeated. The Syrian army is again fully equipped and a fearsome force.

I am very glad to have this opportunity to meet with you two years and several weeks after Russia launched a very successful operation.

Over this period, we have achieved major success both on the battlefield and on the political track. Many regions in Syria have been liberated from the terrorists, and the Syrians who had to flee from these regions can now return there.

As you know, we will hold a trilateral meeting here in Sochi. However, I would like to say that conditions for a political process could not have been created without the armed forces, without your efforts and the efforts and heroism of your subordinates. This goal has been achieved thanks to the Russian Armed Forces and our Syrian friends on the battlefield. Thank you for this.

Since 1945 the U.S. military has, arguabley, won no war. (No, Grenada does not count.) Russia demonstrated in Syria how it can be done. This must be food for thought to “western” staffs.

Yesterday’s meeting was the launch event for the main diplomatic campaign to end the war. Today Putin held phone conservation with U.S. President Trump, the Saudi King and the Emir of Qatar. Tomorrow he will meet President Rouhani of Iran and President Erdogan of Turkey. Syria’s will to fight, the reliability of its allies and Russian military competence have turned the war around. The meeting in Sochi sets the foundations for a lasting peace.

There are remaining challenges: Al-Qaeda still controls Idleb governate, Israel protects Jihadi groups along the Golan heights, the U.S. and its Kurdish proxies try to establish themselves in north-east Syria. It will take another year or two, and require more fighting, to overcome these issues. But the conditions to solve the remaining problems are now clearly in place. The diplomatic push by Russia and Syria will find solutions for many or most of the unsettled problems.

The U.S. commentariat was wrong in predicting a failure of the Russian military campaign. It will continue to sow doubt over Russia’s diplomatic efforts. It will try to hinder and denigrate Syria’s progress in regaining full sovereignty over its land and people.

No longer should anyone fall for such bullshitting.