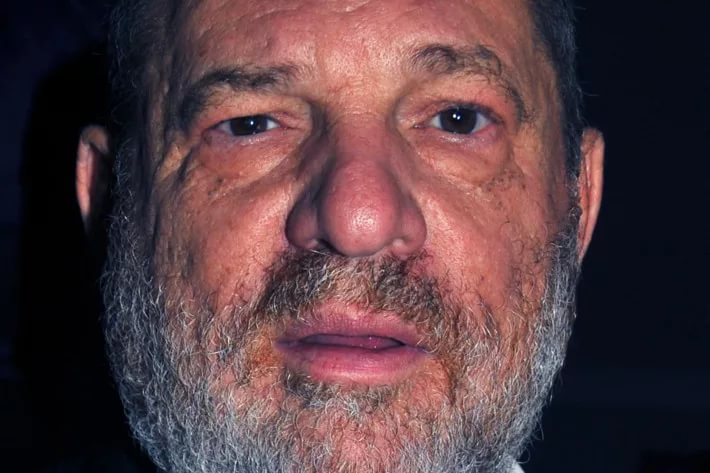 (“Never in the Jewish tradition was sexual asceticism a religious value.”)
How Society Became a Sex Cult
Cabalists brainwashed society to believe
sexual intercourse was the way to unite with God.
Jewish psychopaths like Harvey Weinstein
helped to induct humanity into Cabalism, a satanic sex cult.
I reprise one of my most important articles.
Just as homosexuals use promiscuity to compensate for loss of healthy intimacy between a man and a woman, the Illuminati want heterosexuals to use sex to compensate for loss of God.
>>>
Sex, love and “relationships” have become the ersatz religion of modern society. The implied message — Sex is the Way to God — has been in our cultural drinking water since the 1960’s and longer. Movies portrayed sexual intercourse in mystical terms, perfect bodies coupling to a chorus of angels.

The Illuminati music industry pushed the theme that romantic love and sex connect us to God. Take Kathy’s Song (1965) by Paul Simon: “So you see I have come to doubt/ All that I once held as true/ I stand alone without beliefs/ The only truth I know is you.”

This was followed by this scholarly exegesis: Man is “alienated” and alone in the universe. Life has no intrinsic meaning so we must invent one. Man overcomes his separation from God through sexual intercourse, which is mystical in nature. In other words, man and God become One by copulation.
Little did we know that the mystification of sex is pure Cabala. Cabala, the Illuminati “religion”, is Satanism.
WHY SATANIC?
To begin, only the Cabalist Jew and his disciples are separated from God. They are separated by virtue of their Luciferian rebellion, based on their desire to supplant God. They have convinced mankind to join their rebellion and feel “alienated.” I suspect most dysfunction originates in this revolt which is the essence of “modernism.” Instead of reality, we live in a Masonic Jewish solipsism (i.e. self-created reality.) Notice, God isn’t part of it. God is a dirty word.
Thanks to their media control, the Illuminati have convinced humanity that sexual union restores unity with the Divine.  This is Cabala.

In “Sigmund Freud & the Jewish Mystical Tradition,” (1958) Jewish psychology professor David Bakan writes:
“The soul, according to the Zohar, [i.e. Cabala] has an unquenchable yearning to be united with its source in God. This union is characteristically discussed in the metaphor of sex. Generally speaking, the union of male and female is taken as the ideal form of existence. Thus, human sexual relations become symbolic vehicles of Divine acts; and the Divine creativity is understood as of a deeply erotic character itself.” (p.273)
According to the Cabala, God has a female side, called the Shekinah.
Just as man seeks unity with God through sex, so God supposedly seeks union with His female nature. In other words, man both imitates and helps God by having sexual intercourse.
All of this is nonsense. Even Jewish sources dismiss the Cabala as a hoax.
Nevertheless, this hoax, along with the Talmud, defines Judaism.
(left. David Duchovny, star of Californication, about a sex addict.)

Cabalism divides God into a Father and Mother figure and adds son and daughter figures.  Despite the incestuous implications, the Cabala is all about the son and daughter Gods having sex which is being prevented by “Satan,”  who is the God of the Gentiles by the way.
“The duty of pious Jews is to restore through their prayers and religious acts the perfect divine unity, in the form of sexual union between male and female entities. ..” The prayers actually enact this seduction. (Israel Shahak, Jewish History, Jewish Religion, The Weight of 3000 Years, pp. 33-34.)
WHY CABALA IS SATANIC

First, it denies our connection to God who speaks to us through our Divine spirit (soul).

Cabala preaches that God is formless and unknowable. The whole point of religion is to worship (obey) God. How can you obey something “formless” and “unknowable”? Naturally, the Satanist will convince the unwary that God is unknowable.

Second, by making the sex act a means for reaching God, the Cabalist sets up a false God. According to the Cabalist,  sexual intercourse is tantamount to mystical union. Orgasm is revelation.

In fact, unity with God is reached by grace, worship, devotion, selfless service, and spiritual discipline, not by copulating. But just as homosexuals use sexual excess to compensate for loss of healthy intimacy between a man and woman, heterosexuals use it to compensate for loss of God. Naturally, the Illuminati want us to imitate homosexuals.
Third, the “God” of the Cabala combines good and evil. Somehow, good will come from doing evil. This is salvation through sin. Again, this is nonsense. God is Moral. He is perfection. “Be ye therefore perfect as your heavenly father is perfect.” (Matthew 5:48)  God speaks to man through our spiritual ideals such as Truth, Beauty, Justice, and Love.
Thus the Cabala is typically Satanic : making evil appear good, lies appear true; sick appear healthy, and vice-versa.
Finally, Bakan writes: “Never in the Jewish tradition was sexual asceticism a religious value.” (272)  This alone disqualifies Judaism as a religion. All true religions require control over lust.
Far from ascetic, the Talmud and Cabala are degenerate, opening the door to pederasty and incest. The Cabala also holds that man is bisexual, which explains Illuminati promotion of homosexuality and androgyny. Anything to overturn the natural order and spit in God’s eye.
The Illuminati used Sigmund Freud, a Cabalist, to convince the world that sexual restraint leads to neuroses and sickness.
In a speech to the B’nai Brith on his 70th birthday, Freud emphasized his Jewishness. He said he joined the Masonic Jewish lodge because of “many dark emotional forces” that made “Jews and Judaism irresistible.”  He was drawn to “the clear consciousness of our inner identity  the intimacy that comes from the same psychic structure.” (Bakan, p. 305)
Most Jews have hardly heard of the Talmud and Cabala, let alone read or understand them.  They don’t know that Judaism is a satanic cult masquerading as a religion. The same applies to those dupes known as Christian Zionists.
GODDESSES
Thus, the Cabala is the reason why pussy is the Holy Grail and young women are idealized as goddesses.
This pagan sex cult is peddled by the Illuminati-controlled media. Here are some recent headlines from the Huffington Post, which puffs up the value of sex and ensures it is always in our face:
Jan 28: “Oops Amanda Seyfried Slips Off Her Undies”
———   ” Did Jennifer Lawrence’s Dress Rip at SAG Awards?”
Jan 31: “Chloe Kardasian- My Vagina Smells Like Roses”
Feb 1:  “Jennifer Lawrence Describes her Breasts?”
Feb 3:  “‘Girls’ Star’s Dress Debuts Boob Windows”
Feb 3:  “Fmr Miss France Flashes her Headlights” (breasts)
Are we adults? Apparently not. “Adult” now designates porn, violence and arrested development. We are their goyim, (cattle) after all.
The elevation of young women to Goddess status is more than sexual. Hollywood portrays them as warriors and geniuses as well. In “Zero Dark Thirty,” a 98-pound Jessica Chastain gets the credit for tracking down and killing Osama Bin Laden. Even lesbians thought the movie was “propaganda.” But Illuminati filmmakers think portraying a falsehood as a truth is enough to make it so. As George Orwell observed, when everyone is deviant (sick), deviant becomes the new normal.
The female focus is also reflected in the obsession with “relationships”,  encouraging more woman-worship and co-dependency. “Relationships” are a female preoccupation. None of this means the Illuminati give a damn about women. They are promoting them to feminize men and destabilize society.
CONCLUSION
Human beings are strange animals. If they are taught to seek sex instead of love, they believe sexual intercourse is mystical. But eventually, they will realize it was just infatuation and novelty. Sex, in the words of Andy Warhol, is “the biggest nothing in the world,” yet another Illuminati Jewish con.
Nevertheless, society has been totally sexualized. Thirty percent of all Internet traffic is porn. In spite of 50 years of feminism, or because of it, women define their value in terms of sex appeal, just as homosexuals do.
Society is saturated with sex which degrades all human relationships, including children, to the lowest common denominator.
Popular culture increasingly is devoted to death, destruction, pornography and the occult. We rarely see a positive and uplifting vision. We rarely feel good to be human. Because of the age-old Cabalist (Masonic) Jewish hatred of other Jews, God and mankind, depravity and occult fantasy pass as culture. “Progress” and “social change” promote social degradation and disintegration.