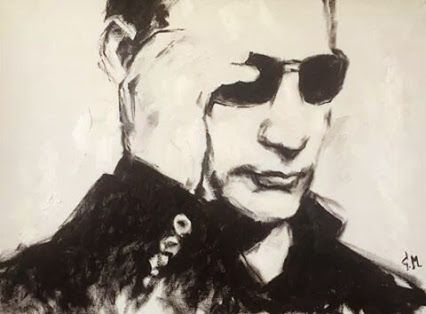 Did you read the latest news that Vladimir Putin is rich and evil? Oh, you don’t read anymore, more power to you. Fake news has it that the Russian president has a new “secret” holiday mansion worth untold millions. Furthermore, some of the stories tell of Putin being the world’s richest and most evil man. For those of you who do not believe in fairytales, here’s a candid look at what Russians are really up against.

My initial reaction to reading “Drone footage shows Putin’s secret island mansion” at 9 News Australia was, “So what if the leader of Russia is rich?” I would have skimmed the article and moved on but for a familiar name popping up. I’ll get to the ousted industrialist shark Bill Browder in a minute, but first it’s important for readers to understand that Putin actually has little need of money in the traditional sense. Every financial magazine, every expert, and hordes of guessing investigators have tried for years to count Vladimir Putin’s gold, and to no avail. Some say he is worth more than Bill Gates and Jeff Bezos combined, but nobody can trace down this immense wealth. Amid all the speculation as to “why” the Panama Papers could not convict Putin, the pointedly obvious shines through. Nobody can trace Putin’s fortune because there isn’t one. But this is fodder for another story, let me move on to the latest Alexei Navalny fairytale and to this Browder character cited in the Australian piece.

I needn’t outline the role and the character of Alexei Navalny again here. The blogger who would be kind of Russia was last seen fueling up his drones for another flyby of Sergey Shoygu’s super secret space station home. Having attempted to label Russian Prime Minister Dmitry Medvedev a criminal for the places he’s vacationed at, Navalny seems unable to stop himself proving the insignificant. I think the best reason for Russians to ignore Putin’s biggest detractor is the simple fact he knows nothing of Russian people. Hey Navalny, heads up, Russians don’t care if Putin is rich, they only care if he does his job. Sorry, this western poster boy of change in Russia, he just sets me off. What an idiot. But let’s move on to another famous profiteer who Putin banished from Russia, the founder of Hermitage Capital Management, Bill Browder.

It’s amazing how western mainstream media and the politicians always turn to Putin haters to be experts or to get “proof” on the Russian leader. Haven’t you noticed yet how Russian mafia types like Yukos Oil oligarch Yukos Mikhail Khodorkovsky, and before him the now deceased Boris Berezovsky always pop up as “experts” on Putin? Isn’t it a bit strange that news media in the west never seem to cite people with a positive or moderate stance on Russia’s president? I am sure this coincidence is not because of the scarcity of pro-Putin experts. Whatever the reasoning, the Australian article fueled by Navalny’s drone footage dredges up another ousted financial crook who hates Putin’s guts. Most readers will identify Bill Broder with Hermitage Capital, but few will recall that the investment firm was also funded by one Beny Steimetz, the Israeli oligarch and financier just arrested (August 14) by Israeli and Swiss anti-corruption officials for widescale fraud and money laundering. The Russia privatization shark who was once Israel’s richest man is a subject for another report. I only bring him up here to point at two facets of this war on Putin. First, the Jewish connection in all this is something that just needs to come out. Secondly, the ring of profiteers bent on Putin’s demise all have gigantic skeletons in their wardrobes. A story citing one Putin hater, when investigated, always leads to ten more. This is no coincidence.

Back to Browder, his Hermitage was at one time was the largest foreign portfolio investor in Russia. That was before Vladimir Putin put a stop to the rape of Russia’s legacy and the theft of her assets. This is undeniable fact, and even the lowliest of Russian peasants know it by now. Browder, a Chicago Jew, set out to profit from Russian privatization after Yeltsin, but was thwarted like other sharks when Putin’s hammer fell on other mafiosos. RICO suits, libel cases, tax evasion charges, and ties to some of the seediest characters in world finance highlight the man who pushed the now famous Magnitsky Act into US foreign policy play. It’s no coincidence that Browder has emerged as a central player in the ongoing investigation of Russian interference in the 2016 elections. The privateer who made billions off Russia privatization turned into a human rights activist, and now he’s bent on seeing Donald Trump impeached!

The reader might be surprise to discover the source of the statement “Russia is more dangerous than ISIS” was actually Bill Browder, rather than rabid Arizona Senator John McCain. Or was McCain first? Both Russia haters told reporters of the grave danger to the US at the same time actually, back in May of 2017. Perhaps the narrative of US war hawk politicians and ousted financial henchmen has become just that convergent, but I somehow doubt the coincidence. Both Browder and McCain contend that Russian President Vladimir Putin used the country’s primary security agency, the Federal Security Service (FSB), to meddle in the U.S. presidential election, but neither has shown any proof of their claims. I mention this “coincidental” melding of message for obvious reasons. Or maybe McCain and Browder are now pals as this Browder Tweet on McCain returning to the Senate to do battle against Russia after his hospital stent. What’s most amazing to me is the way FOX and other networks readily use Browder and other suspected criminals without searching out counter arguments for their stories. Maybe Rupert Murdoch can answer that one. And so on, and so on, and so on…

Every time I start researching for one of these stories I end up in a deep and dark rabbit hole of collusion and confusion. In each and every case I end up with Vladimir Putin stoically defending a position against wild assertions with no proof whatsoever. The big picture of the “game” by now is like watching a schoolyard name calling and finger pointing contest. The iconic bullies and thugs are on one end of the yard, while their target stands virtually alone looking as innocent as a lamb for a variety of reasons. It’s become ridiculous, but there’s always more.

A story by Kevin Alfred Strom at the National Vanguard, which was originally published back in 2004, adds light to a facet of the Russia privatization profiteering, and ties into some recent stories of my own here on NEO. “The Silent Coup: Putin vs. the Oligarchs” deals with these ousted oligarchs and the western investors intent on carving up Russia after the wall came down. But more importantly, the piece cites Putin on the case of Jewish mafiosos always seeming to play a role. The story of influence by Israel, AIPAC, and a cadre of Jewish billionaires converge when Strom cites Vladimir Putin in his story. Notable Jewish figures like Boris Berezovsky, Mikhail Friedman, Vladimir Gusinsky, Mikhail Khodorkovsky, and Alexander Smolensky are highlighted in the story alongside Putin’s lesser publicized views on Zionists in Russia at the time of privatization. The piece also points out the Russian people’s utter hatred for most of these Jewish oligarchs, a hatred that has absolutely nothing to do with anti-Semitism by the way. Since Putin seized the Rothschild/Khodorkovsky share of Yukos Oil, Russia has been divesting herself of the only Zionist plot that matters, the ending of Jewish mafia/oligarch control of the country. Not many readers will realize the that Russia’s Central Bank (CBR) is a member of Rothschild BIS.

An article by Alexander Azadgan at KATEHON expands on the Jewish money component, and reiterates the possibility of Putin nationalizing the CBR. Given new sanctions by the US and Prime Minister Dmitry Medvedev describing them as “full scale economic war” waged on Russia, it’s important to observe Putin’s moves east and especially the new BRICS dealings. For Russians, it matters little if Vladimir Putin has 100 yachts and fifty mansions, as long as Russia is not raped and destroyed by the unscrupulous of the world. Putin’s job is clear, defend Russia – period. His compensation is of little consequence to his people. All we hear, read, and see about Putin’s Russia is from a London, Brussels, or Washington standpoint – never a Moscow one. The influence of Zionist bankers is well known to Russians, and almost unheard of by Americans. The enemy Russia is really against consists of Zionists and technocrats who do know the name of the game, and the public they use to do their bidding. In the same way the Jewish religion and Jewish people are used for the Zionist bankers’ purposes, the waiting public is leveraged through blind ignorance and propaganda against Russia. For those who believe alternative fairytales I can only say…