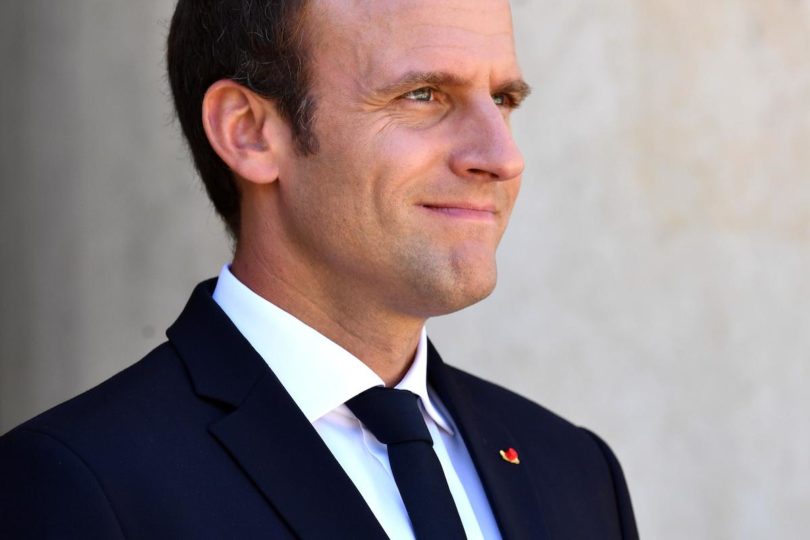 In his first speech on French foreign policy during his presidency, French President Emmanuel Macron said in his opening statement to the annual gathering of French ambassadors at the Elysee Palace that a new “international contact group” on Syria will hold a meeting at the UN headquarters in New York in September.

Macron said that “key players” in the Syrian crisis will participate in this upcoming meeting, without giving further details.

Macron spoke of “tangible results” of cooperation between France and Russia in the Syrian crisis, especially on the issue of reducing the use of chemical weapons in Syria.

As for combating terrorism, the French President said: “the fight against terrorism” should be priority number one of French diplomacy. “Ensuring the security of our citizens makes counterterrorism our top priority, utopianism no longer has a place among us, nor does the fear from Islam that does not discriminate between Muslims and Islamists,” ​​he said.

Macron announced the organization of a conference on “Mobilization against the Funding of Terrorism” early in 2018 in Paris and considered that “the eradication of terrorism” can happen only by “drying up the sources of its funding,” asserting his intention to “reach transparency with all forces funding terrorism.”

Macron stressed that his country should not choose sides between Saudi Arabia and Iran, adding: “We will not reach our goal unless we enter into these interpretations and lock ourselves in a camp. Some have made their choice, and this is a mistake. The strength of our diplomacy is that it speaks to everyone.”

In light of growing tension and mutual threats between Washington and Tehran to withdraw from the nuclear agreement, Macron reiterated Paris’s adherence to the nuclear agreement with Iran, calling at the same time to establish a “constructive and stringent relationship” with the Iranian regime.