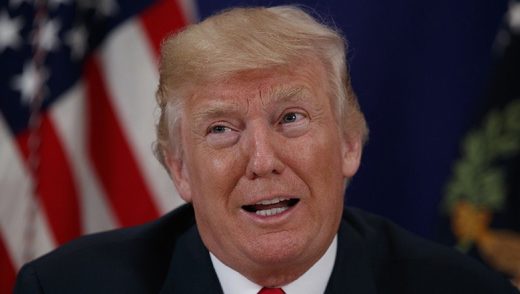 ‘We’re going to save a lot of money’

President Trump thanked Russian President Vladimir Putin for expelling more than 700 U.S. diplomats and staff from Russia and said the expulsions will save the U.S. money.

“I want to thank him because we’re trying to cut down our payroll and as far as I’m concerned I’m very thankful that he let go of a large number of people because now we have a smaller payroll,” Trump told reporters Thursday at his golf club in Bedminster, N.J., according to a pool report. “There’s no real reason for them to go back. I greatly appreciate the fact that we’ve been able to cut our payroll of the United States. We’re going to save a lot of money.”

Putin announced last month Russia will expel 755 U.S. diplomats and technical personnel in response to a bill passed by Congress and signed by Trump that imposed new sanctions on Russia.