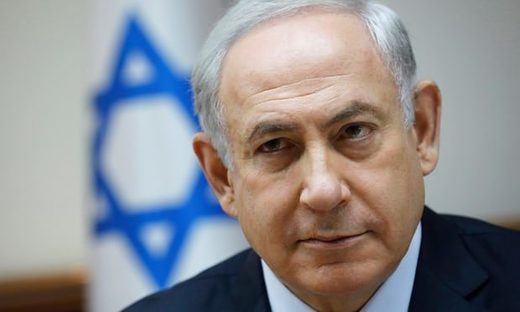 Benjamin Netanyahu’s former chief of staff is reportedly in negotiations to become a state witness – which would make him the second prominent figure to do so – in a series of police investigations into the Israeli prime minister and his inner circle.

According to widespread reports in the Hebrew media, Ari Harow, for years one of Netanyahu’s closest political associates, is in talks with police to give evidence, allegedly in exchange for a lesser sentence over accusations of wrongdoing in the sale of his consulting company.

Last week Mickey Ganor, a businessman and key player in an allegedly corrupt deal to buy submarines from Germany, struck a deal with authorities to become a state witness.

Netanyahu has strenuously denied wrongdoing in relation to any of the cases, and is not a suspect in the submarine case. However, a series of high-profile investigations have in recent months inched ever nearer to his closest circles, touching on everything from allegations of corruption in arms purchases, to the prime minister’s attempts to control the Israeli media, and on gifts to him and his family from wealthy benefactors.

David Shimron, Netanyahu’s lawyer and cousin, has also been questioned over the submarine deal. Shimron has denied any wrongdoing.

Three investigations into Netanyahu and his close circle – known as cases 1000, 2000 and 3000 – have gripped the Israeli public, prompting almost weekly revelations in domestic media and regular demonstrations outside the home of the country’s attorney general, who is accused of acting slowly in his handling of the cases.

In political terms the investigations have shown the Netanyahu administration in a deeply unflattering light. A procession of confidants, as well as the prime minister and his wife, Sara, have been questioned by police.

Among a roll call of wealthy Netanyahu backers who have spoken to police are the billionaire casino magnate Sheldon Adelson, Adelson’s wife, Miriam, and the Hollywood producer Arnon Milchan.

Police have also been seeking unsuccessfully to interview the Australian businessman James Packer, who, like Milchan, has given gifts to the Netanyahu family.

Among the sharpest critics of the way Netanyahu’s inner circle has been doing business has been the former prime minister Ehud Barak. In a video posted to his Facebook page last month he asked: “Hasn’t the time come to put an end to all of this?”

“Have we all gone crazy?” he said. “Are we suckers who are willing to live with it?”

Any cooperation between Harow and the state could potentially hit Netanyahu particularly close to home in Case 2000, which is examining whether the prime minister behaved inappropriately when he allegedly offered the publisher of Israel’s biggest-selling daily, Yedioth Ahronoth, his help in reducing the readership of the paper’s pro-Netanyahu rival, Israel Hayom, in exchange for more favourable coverage.

At the centre of that case are recordings made of discussions between Netanyahu and Yedioth‘s publisher, Noni Mozes, that were found on Harow’s phone.

According to reports in the Israeli media, Harow has indicated to police that he is willing to provide testimony in an investigation into gifts given to the Netanyahus and the investigation into the sale of his consulting business.

The use of plea bargains and the deployment of suspects as state witnesses is a common feature of the Israeli legal landscape. For instance, the former prime minister Ehud Olmert’s bureau chief Shula Zaken turned state witness in the corruption investigation against him.

The swirl of speculation around Harow came as an Israeli court issued a gag order on reports relating to evidence being offered by Ganor, who acted as an agent for the German ThyssenKrupp shipyard in a $2bn (£1.5bn) deal to buy submarines and naval patrol craft. He denies any wrongdoing in relation to the deal.