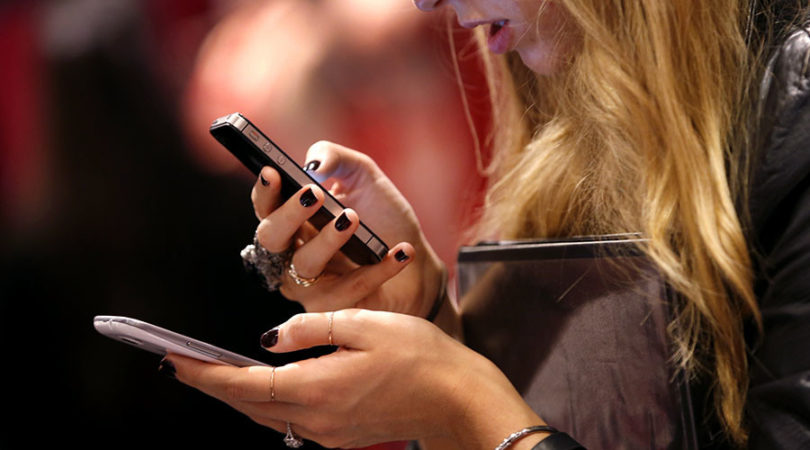 On Monday, The Guardian published a story which should have surprised no one: Information pushed aggressively on Twitter by anti-Trump conspiracy theorist duo Louise Mensch and Claude Taylor came from a hoaxer who duped Taylor in an email.

Taylor, a former White House staffer under Bill Clinton, tweeted out “fake details of criminal inquiries” related to Donald Trump which did not exist and were “invented” by a hoaxer claiming to work for the New York attorney general.

Mensch, a former conservative member of parliament in the UK and now a self-styled journalist, helped Taylor to spread the information on Twitter, while also claiming to have separate sources to back it up.

Among the details provided by the hoaxer was a false allegation that Trump’s inactive model agency in New York is being investigated for sex trafficking. The Guardian reports the hoaxer fed information to Taylor by email, acting out of frustration over the “dissemination of fake news” by Taylor and Mensch.

According to the hoaxer, Taylor did not try to verify her identity and did “no vetting whatsoever” to confirm her information was correct. Nor did he try to seek confirmation from a second source, a standard practice in journalism. Instead, the hoaxer claims Taylor “asked leading questions to support his various theories” and asked her to verify his suspicions.

When approached by The Guardian, Taylor, whose Twitter handle ironically remains @TrueFactsStated, admitted he was duped, tweeting: “As a ‘citizen journalist’ I acknowledge my error and do apologize.”

Mensch, for her part, has doubled down. She posted a rebuttal to The Guardian report, claiming she has her own sources (who she claims to know personally) and insisted she did not base her reporting on any interactions with the hoaxer in question. She claims the allegation that Trump’s model agency is being investigated for sex trafficking is “entirely true,” and ongoing.

Writing for Fair.org, Adam Johnson laid out a series of outlandish and unsubstantiated claims Mensch has made on Twitter. Among other things, Mensch believes Russia is controlling the public WiFi networks in her neighborhood, that Anthony Weiner’s latest sexting scandal was a setup by a Russian hacker and that Vladimir Putin had something to do with the March 22 terror attack in London. She also believes misspelled hashtags on Twitter are Russian “active measures,” that the Kremlin funded riots in Ferguson, and that Steve Bannon may get the death penalty for espionage. Finally, thanks to The Guardian’s reporting exposing the hoax Taylor fell for, Mensch now apparently believes the newspaper is a front for the Russian FSB.

Mensch often claims to have “sources” to back up her random claims, but I imagine any legitimate source in their right mind would steer well clear of Mensch given the reputation she has garnered for peddling absolute nonsense.

Taylor is almost as bad. He hasn’t gained quite the notoriety of Mensch, but has been touted as a legitimate source of information on Trump by many, including a raging Keith Olbermann.

If Mensch and Taylor were just a pair of random trolls on Twitter, they wouldn’t be much of a problem. Their fantastical claims would remain irrelevant and would be kept to the confines of Twitter’s loony bin.
But Mensch and Taylor sadly are not irrelevant. Between them they boast nearly half a million followers on Twitter. Mensch has been propped up by mainstream media and praised by some high-profile figures, including former Democratic National Committee head Donna Brazile and Harvard law professor Laurence Tribe. She has appeared as a guest on US political talk shows and has even been given op-ed space in the New York Times.

Thankfully, Mensch’s star has started to fade, and she has gradually been called out by numerous publications for her lunacy. Slate called her a “paranoid bard” who has created a “cottage industry of conspiracies.” A piece in the National Review lamented her “bastardized relationship with reality.” Commentary Magazine wrote that she has “a habit of seeing Russians behind every darkened corner” — and BuzzFeed called her out for branding innocent people as Russian agents.

My personal favorite, though, is the Daily Beast article about Twitter’s “conspiracy queen” which quotes a Republican political consultant calling Mensch “unbelievably toxic” and a former intelligence officer calling her “batshit crazy” and a “fruit loop of the highest order.”

Mensch is a fanatical tweeter. Since I opened her profile little over an hour ago, there have been 38 new tweets and retweets posted. Consider this: Mensch, a woman now widely panned for spreading totally unverified information, has been verified by a blue tick on Twitter — but the social media platform has refused to verify Julian Assange — a man who has distributed millions of authentic, consequential documents and broken countless legitimate stories through WikiLeaks.

Rot from the top

The rise in prominence of conspiracy theorists like Mensch and Taylor speaks volumes about today’s political climate and the state of journalism.

Legitimized by the mainstream, Taylor and Mensch built a massive following of loyal supporters who will not abandon them for anything. As I type, their devoted fans are tweeting them support and thanking them for their hard work.

This is pure and utter madness. But the fish rots from the head down.

Mensch and Taylor benefit greatly from the lowering of standards across the entire media industry. The problem is not simply that anyone can wake up and post wild claims on the internet. That has always been the case.

The problem is that through unbridled sensationalism, naked bias, a focus on speed over accuracy, less emphasis on basic fact-checking, an increased willingness to rely on anonymous government sources and a need to attract readers with the most clickbait-y headlines — the news media has helped create an appetite for exactly what Taylor, Mensch and their ilk provide: Unadulterated nonsense. What’s more, when people believe (rightly) that they can’t trust the real media, they go looking for alternatives and fall victim to charlatans and opportunists.

A good example of how the media has helped in this regard comes from a Washington Post story published last year claiming that Russia hacked the US power grid through a facility in Vermont. The Post later had to backtrack on the story, which turned out to be untrue. It was later revealed the newspaper did not even contact that Vermont utilities in question to confirm the information. The fact that it was light on evidence and sourcing didn’t matter. The story had everything the public wanted and everything the Post wanted to give the public: sensational, scary and highly click-worthy claims about Russia.

Today’s political and media climate encourages rabid devotion to one’s cause over debate, balance, and self-restraint. It is not simply enough to dislike Donald Trump and oppose him politically. You must hate him with a fiery passion and denounce him from the rooftops with a guttural scream. You must believe he kicks puppies and eats babies for breakfast. You must find the pundit that hates him the most, latch onto their wagon and pledge allegiance for the rest of time.

The case of Taylor and the hoaxer goes to show just how easily many people will believe a story if they desperately want to believe it. This is not a phenomenon of the left or right. If a story appears to confirm for a group what they think they already know, they will eat it up, no questions asked.

Taylor was no exception – literally. A hoaxer mailed him false information, and because he wanted to believe it, he asked no questions.

This is the kind of “journalism” Taylor and Mensch’s followers are signing up for. But if the “real” media makes no effort to take a long hard look in the mirror, then this is exactly the kind of replacement they deserve.