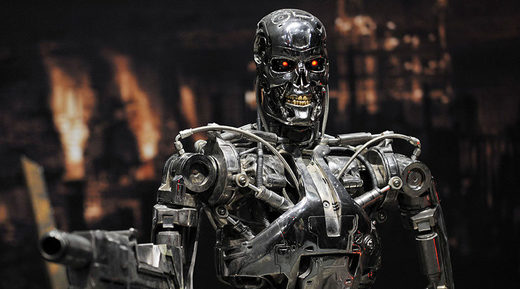 The UK will oppose a preemptive ban on ‘killer robots’, despite widespread calls in the UN to prohibit the use of ‘murder machines’.

A spokesperson for Britain’s Ministry of Defence (MoD) said the UK will abstain from a ban on the development of fully-autonomous weapons systems, even though leading tech experts urged the UN to act against implementation of autonomous military machines.

The MoD claimed that the existing international law is sufficient to regulate the use of autonomous weapons that once unleashed on the battlefield could kill without any human control.

A spokesperson also said that although Britain supports the development of the war machines with autonomous decision-making capabilities, apparently it does not want to create these weapons itself or buy them from a third party.

“It’s right that our weapons are operated by real people capable of making complex decisions and, even as they become increasingly high-tech, they will always be under human control,” the spokesperson said in a statement.

The MoD’s comments, however, came under scrutiny by Professor Noel Sharkey, chairman of the International Committee for Robot Arms Control, who questioned this logic.

“If you are not going to use them, why would you let other people use them?” Sharkey asked, the Telegraph reported.

“What the government needs to do is seek alternative expert opinion than the MoD that are pushing a specific agenda and then out of that, develop a national policy towards these weapons,” he added.

A number of leading professionals in the tech and artificial intelligence industry have recently published an open letter to the United Nations (UN), urging member states to preemptively ban autonomous war machines in order to avoid a “third revolution in warfare,” after gunpowder and nuclear weapons.

The letter, signed by Tesla’s CEO Elon Musk and Google DeepMind’s Mustafa Suleyman among others, read: “Once developed, lethal autonomous weapons will permit armed conflict to be fought at a scale greater than ever, and at timescales faster than humans can comprehend.

“These can be weapons of terror, weapons that despots and terrorists use against innocent populations, and weapons hacked to behave in undesirable ways.

“We do not have long to act. Once this Pandora’s box is opened, it will be hard to close,” the authors wrote.