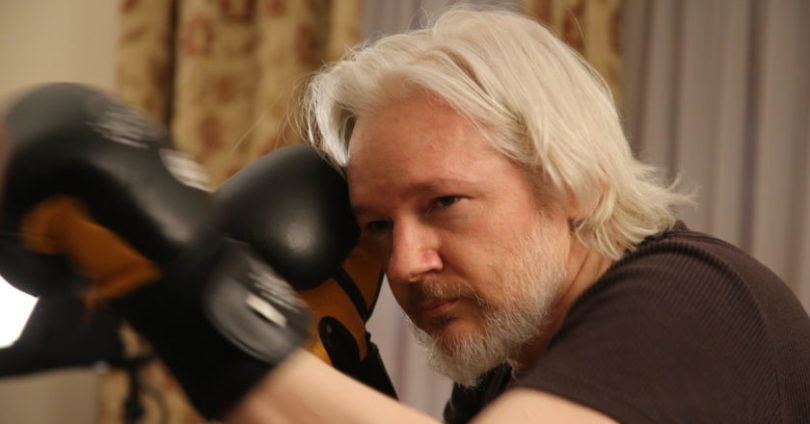 Some people think that telling the truth is a crime and they apparently want to take the lawlessness into their own hands.

Julian Assange has spent the better part of the last day re-Tweeting death threats sent to him by various liberals.

He has been re-posting them with the hashtag #tolerantliberal.

He finished the day’s Tweets summarising his views on the maddening death threats against him in the following way,

…There's thousands more on killing me, our other people, maiming, bombing, kidnapping, imprisoning for trying to educate people…

…what can I say? Liberals ain't liberal. They've fallen into bed with the worst elements of state hardpower & love censorship and death.

Some of the Tweets that Assange has shared have been deleted by those making the criminal threats against a totally innocent individual, one whose situation  has been condemned by the United Nations which has called for his immediate release without prejudice.

Other more well known individuals still proudly display their Tweets, revealing themselves as sick people who believe that telling the TRUTH is now a capital offence.

…Here's a fun poster from the Washington Times. Goes with the article "Assassinate Assange". A "?" added later. https://t.co/VIpAHNIsUi pic.twitter.com/3VrM3o6VQB

…@WikiLeaks as a whole and @xychelsea too from memory… https://t.co/tld8weSELH

…It was no joke to the 40k Libyans she killed while Secretary of State in a bid to stamp her lunatic ticket… https://t.co/jFCvA0qrvq

…they couldn't dream of our accuracy or independence. I have abiding contempt for their lack of standards and craven characters…

It is truly a perverse situation when journalists and those who claim to support honest journalism are sharpening their proverbial and in some cases it would seem, actual knives in order to attack a man whose track record of honesty, accuracy and crucial publications which have been deeply beneficial to the global public good are beyond reproach.

Wikileaks is one of the few journalistic organisations in the history of the world that has never once been forced to retract a story. This is an inconvenient truth to those who prefer to hide behind discredited narratives and their own apparently blood-thirsty agendas.