It is the secret that many who have been following the 6 year Syrian crisis have always known.

Today a big mainstream media outlet blew the cover off of the best, worst kept secret in geo-politics.

According to the Wall Street Journal, Israel and Saudi Arabia have been aligned from the very beginning of the Syrian conflict, providing money and arms to Syrian rebel groups (aka ISIS and Al Qaeda). 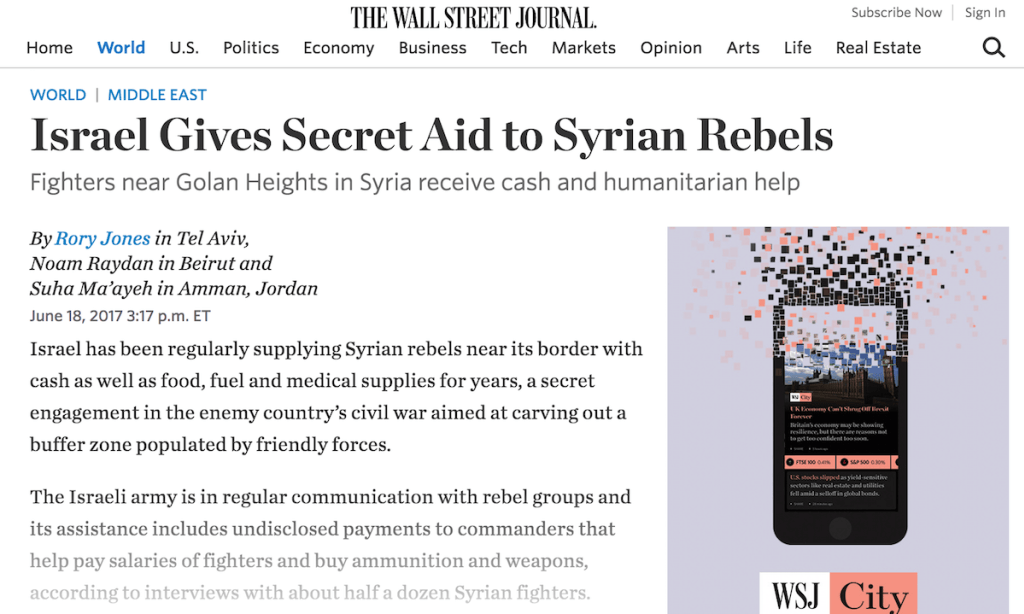 The WSJ reports that Israel has been “supplying Syrian rebels near its border with cash as well as food, fuel and medical supplies for years, a secret engagement in the enemy country’s civil war aimed at carving out a buffer zone populated by friendly forces.”

The Israeli army is in regular communication with rebel groups and its assistance includes undisclosed payments to commanders that help pay salaries of fighters and buy ammunition and weapons, according to interviews with about half a dozen Syrian fighters. Israel has established a military unit that oversees the support in Syria—a country that it has been in a state of war with for decades—and set aside a specific budget for the aid, said one person familiar with the Israeli operation. 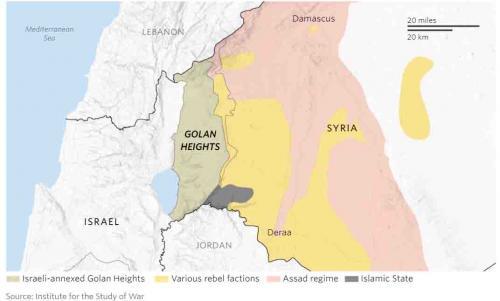 The WSJ also notes that Israel may be funding four more rebel groups which have Western backing.

In other words Israel is pouring cash into the coffers of all kinds of terrorist groups in Syria with the help of the US and EU.

The groups use the cash to pay fighters to buy arms, which flood into Syria, in an effort to topple Assad and raise a black ISIS flag over Damascus.