In a rushed decision, the already cash strapped Ukrainian Government shelled out over $400,000 to have their foreign minister meet with Donald Trump.

There’s nothing extraordinary about foreign ministers or heads of state meeting with the US President – unless you are Ukrainian and there are traces of corruption.

The meeting between Ukraine’s Foreign Minister Pavlo Klimkin and Donald Trump were covered extensively by the Western mainstream press, and also spending most of their time on who was or wasn’t allowed to take photos at Trump’s meeting with Russian Foreign Minister Sergey Lavrov…

READ MORE: 8 photos of Trump and Lavrov that will make Democrats’ heads explode 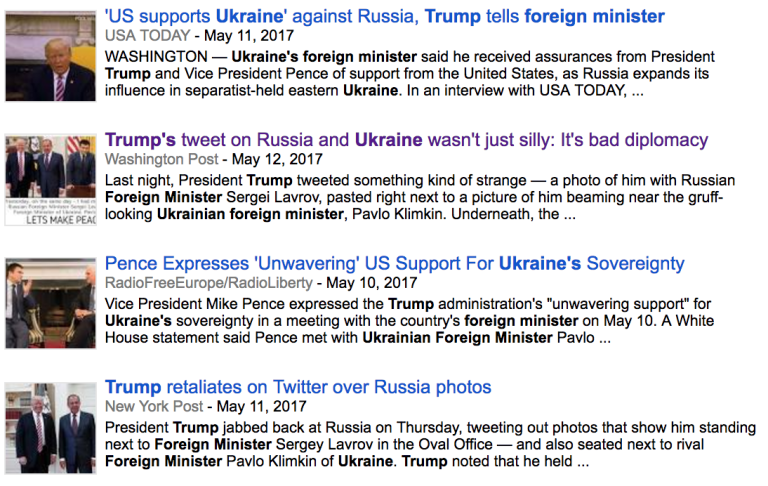 What the mainstream media didn’t even attempt to cover were the allegations brought to light by Ukrainian lawmaker of Andrii Artemenko, who wrote on his Facebook page that the already broke government in Kiev had paid $400,000 to lobbyists DC to organize a meeting between the Ukrainian delegation headed by Klimkin, and Donald Trump as well as Vice President Mike Pence. According to the MP, the meeting between Klimkin and Trump was not planned and only lasted six minutes – just enough time to snap a few photos to use as propaganda back home.

Here is Artemenko’s original post in Ukrainian, followed by an English translation… 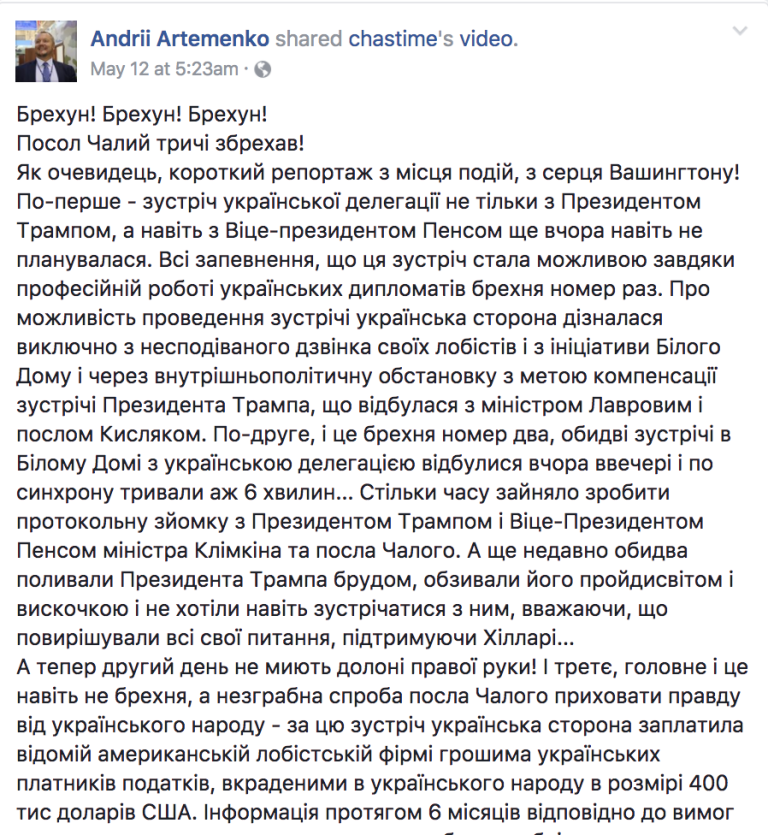 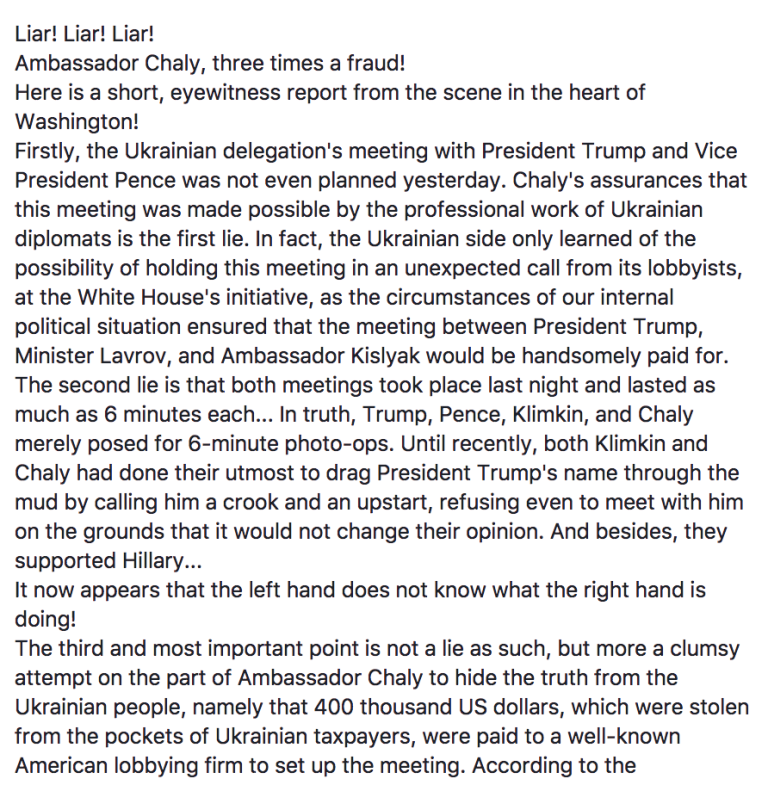 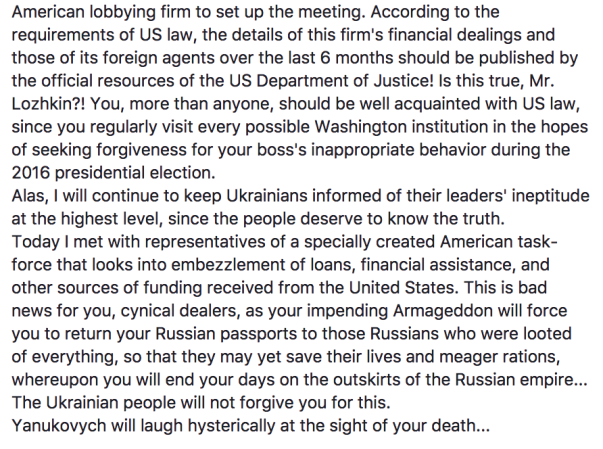 The question remains, why would the Western mainstream leave out this tidbit when covering the Ukraine-Trump meeting? The answer is simple: it doesn’t fit their narrative that the helpless Ukrainians puppets can do no wrong in the eyes of the American people and the world – and continue down the line that Russia is the big bad boogie man.

But then again a picture is worth a thousand words – and between Lavrov and Klimkin, which meeting do you think Trump took more seriously? You be the judge…